50 Inbound Marketing Experts You Should be Following on Twitter 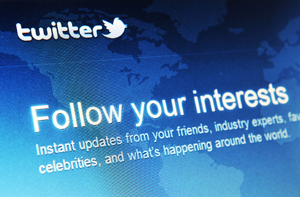 Twitter is a great space for inbound marketers looking to learn, network and join the conversation.

Finding the best people to follow is often overwhelming, though. With so many to choose from, how do you know where to start?

They are the perfect foundation for those of you wanting to learn about social media, SEO, blogging, marketing automation, lead generation, sales & marketing alignment and how it all comes together.

Bob typically tweets a couple of times a day with a focus on social media, blogging and branding. Bob also retweets content on selling and entrepreneurship that he finds interesting. Bob unsurprisingly shares content and eGuides from his agency, IMPACT, too.

Vanessa primarily tweets about SEO, design and social media. She regularly tweets content linking back to both the Kuno blog and Fast Company. Vanessa also occasionally tweets about tech, photography and Netflix.

Scott is less frequent with his tweets then those who have preceded him on this list. Scott tweets about analytics, outreach, social media and TEDx. As Scott is very selective with his tweets, you know that when he shares a piece of content it's well worth reading.

Jon is a self confessed tech nerd that tweets about tech, web design, SEO, Google and sport. He curates content both from his own website and other sources such as Unbounce and Mashable. He tweets daily.

Karen primarily tweets about social media, blogging, nutrition and even the office pug. You can usually expect to hear from her every couple of days.

Andrea is a self confessed digital and social media geek who works as a Social Media Leader for ThomasNet RPM. Andrea tweets about tech, social media and news. She is fairly active on Twitter and will retweet content on social media that she finds interesting.

Jessica tweets about social media and productivity. She tweets about  the conferences she attends and regularly retweets people discussing branding and inbound strategy. Jessica is a regular tweeter.

Ran tweets about business, blogging and branding. Ran is extremely active on Twitter posting several times a day. He will understandably often promote content that links back to Cleriti.

Doug is interested in both B2B sales and marketing. He tweets about LinkedIn, sales and business growth. He is a regular on Twitter, typically tweeting twice daily.

Michelle is interesting in content marketing strategy, branding and social media. She regularly retweets content from HubSpot, OkDork and Buffer on the state of blogging, SEO and Twitter.

Rachel is very active on Twitter regularly sharing HubSpot’s content. She tweets about data, social media and design. She has recently made her Twitter feed more visual by attaching pictures to her Tweets, including the odd one of the HubSpot marketing team.

Jen tweets about blogging and social media. She is very active on Twitter sharing content on social media, sales and strategy. Jan also tweets links to whitepapers, guides and other content on her agency website.

Dianna is the second HubSpotter on our list. She primarily tweets about Twitter, SEO, blogging and email. She is extremely active on twitter, tweeting several times a day.

Alisa tweets about everything from social (LinkedIn specifically) to strategy. She is specifically interested in small B2B Business. Alisa links content back to a variety of sources including: OverGoStudio, Razor Social and Scalable Social Media.

Paul is the author of the Marketing Performance Blueprint and Marketing Agency Blueprint. Paul tweets primarily about content strategy and marketing strategy. Paul is fairly active, tweeting and retweeting a couple of times each day.

Rachel is the author of Inbound Thinking. Rachel regularly tweets and retweets content on LinkedIn/Hubspot/inbound marketing and shares the odd motivational quote.

Nicole regularly tweets about HubSpot, Facebook and SEO. She tweets less frequently than others in this list.

Rick regularly tweets about social media, inbound strategy, SEO and design. Rick often links back to a combination of both his and HubSpot’s blog.

Lisa tweets plenty of statistics (which she has confessed to being obsessed about), updates on social media and tips on driving traffic. Lisa links back to her agency's blog, Spot On and Hubspot.

Ed Tweets regularly about business and social media. Ed also frequently shares tips on how inbound and outbound marketing can be used in tandem.

Grant tweets about Facebook, blogging and inbound strategy. Grant has over 20 years of experience so you know that the content he shares is worth taking a look at. Grant tweets every couple of days and will often link back to his company's blog.

Chris most frequently tweets about email and SEO. Chris is not hugely active on twitter, but he does tweet highly valuable content every couple of days.

Jason tweets about blogging, marketing strategy and social media. Jason tweets a couple of times a day curating the best content from his blog, iAcquire, AgencySpy and more.

John frequently tweets about inbound strategy, Facebook, Twitter and HubSpot, he also shares the occasional motivational/inspirational quote. John has written for The Wall Street Journal’s SmartMoney, as well as the HubSpot blog, so he knows his stuff. John is very active on twitter.

Ron tweets about social media, SEO and content strategy. He is one of the most active tweeters on this list. Ron links to all the best content sources on the web including his own blog, HubSpot, PR 20/20 and Marketo to name a few.

Jeremy tweets about email, SEO, social and content. Jeremy regularly links back to his own and other influential blogs such as Marketo and Copyblogger.

Josh tweets frequently about inbound strategy, SEO and social. Josh often links back to a large number of content sources, including Mashable, SteamFeed, and HubSpot.

Randy is the author of Findability: Why Search Engine Optimization is Dying, and Building a Better Business Website. Randy tweets about finding prospects, inbound strategy and social media. Randy is a regular tweeter.

Jeff tweets about HubSpot (for whom he’s written) and general inbound strategy. Jeff normally tweets a couple of times each day.

Billy specialises in B2B marketing, so it's no surprise he mainly tweets about B2B inbound marketing strategy and lead generation. Billy tweets one or twice daily, often linking back to his site, Marketo and the Content Marketing Institute.

Keith tweets about inbound marketing, design and customer service. He regularly links back to his company's blog and other content from around the web.

Christine tweets most often about social media and branding. She frequently links to a variety of curated content from sites such as MarketingProfs, HubSpot and Social Media Examiner.

Holly tweets regularly on web design, and SEO. Holly frequently retweets content from sites such as IMPACT and HubSpot.

Jami tweets about social media, inbound marketing, branding and ad agencies. He curates content from a variety of sources like Quick Sprout, The Agency Post and HubSpot.