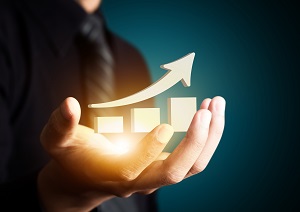 SaaS businesses, both new and established, have to contend with a unique set of challenges. Effectively marketing your business, in light of limited resources and ever-increasing competition, is one of the most crucial of these problems.

In order to overcome this challenge, a growing-number of SaaS businesses are turning to inbound marketing. They're leveraging its helpful, sustainable and scalable approach to realise cost-effective growth. They're increasing their traffic, their leads and their customers - and helping to educate people in the process.

These three SaaS business are just a handful of the early adopters who're using inbound marketing to grow their business.

As an early-stage start-up, UK-based Ometria faced one of the SaaS sector's most common problems - limited time and money, and an unlimited desire for growth.

The analytics company had started a slow process of growth through old-fashioned networking; emailing and calling their contacts in an attempt to identify potential sales leads. The approach was slow, ponderous and ineffective. Ed Gotham, the company's head of Demand Generation, wanted a scalable process - one that would generate consistent leads, and make the most out of their limited resources.

The HubSpot blog sold Ed on the concept of inbound marketing - and after extensive research into marketing automation, it became clear that HubSpot was the only platform designed explicitly for inbound.

As a pre-revenue stage start-up, Ometria's lead gen was entirely dependent on inbound marketing. To manage their resources, they grew the process in an incremental way - first focusing their efforts on blogging and landing page creation. As their list of contacts quickly grew, they began to segment their database. As each process began to realise a return, Ometria increased their investment in small, manageable amounts, progressing to Smart CTAs and HubSpot's analytic software.

Within one year of using inbound marketing, Ometria had increased their website traffic by 368%, and grown their lead generation by 558%. With minimal resources invested into inbound marketing, the company quickly realised a 60% growth in revenue.

With a world-first product to bring to market, Phase 5 Group wanted a marketing strategy to maximise the visibility and awareness of their latest offering.

With cold-calling at the heart of their original marketing plan, Phase 5 struggled to engage decision makers. They realised they needed to attract potential customers to their product, instead of forcing it upon a reluctant audience. The company decided to partner with an established inbound agency, and together, developed a full inbound marketing strategy.

Within just three months of starting, Phase 5 Group had increased leads by 4.2x, and driven a 4.5x increase in web visitors. With a visit-to-lead conversion rate increase of 4x, the quality of their leads increased dramatically alongside.

SaaS business-intelligence platform BrightGauge used a diverse set of tools to generate leads, but struggled to convert those leads into customers.

BrightGauge CEO Eric Dosal realised, from the outset, the importance of generating leads from his business. Unfortunately, his young company lacked the resources to follow-up leads as effectively as possible. Without a defined sales and marketing methodology, they weren't able to hit their revenue goals.

With help from HubSpot, Eric developed an inbound sales process. The company defined their buyer personas, and using their insight, developed targeted questions to use on their website's lead contact forms.

The combination of increased lead insight and a defined sales process had transformative effects. BrightGauge were able to increase conversion rates, and help their sales people understand the needs and motivations of their leads.

As a result, their monthly customer attrition rate dropped by 55% within the first year. With an improved lead follow-up process, the company managed to increase their paying customer count by 87%, and grew their revenue by 152%.